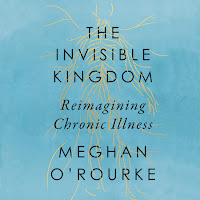 This book is the pathography of a woman with functional somatic symptoms. Pathographies come in three classes, quest, restitution, and chaos. The early part of this book, at least, is a chaos story.
In my opinion, this is an important book; one that is worth studying.

Publisher's summary: A silent epidemic of chronic illnesses afflicts tens of millions of Americans: These are diseases that are poorly understood, frequently marginalized, and can go undiagnosed and unrecognized altogether. O’Rourke delivers a revelatory investigation into this elusive category of “invisible” illness that encompasses autoimmune diseases, post-treatment Lyme disease syndrome, and now long COVID, synthesizing the personal and the universal to help all of us through this new frontier.

DJE's notes on the book  available on request
Posted by Humane Medicine Hui at 4:39 PM

Eyes to the Wind

Ady Barkan loved taking afternoon runs on the California coast and holding his newborn son, Carl. But one day, he noticed a troubling weakness in his hand. At first, he brushed it off as carpal tunnel syndrome, but after a week of neurological exams and two MRIs, he learned the cause of the problem: amyotrophic lateral sclerosis, better known as ALS or Lou Gehrig’s disease. At age 32, Ady was given just three to four years to live. Yet despite the devastating diagnosis, he refused to let his remaining days go to waste.

Eyes to the Wind is a rousing memoir featuring intertwining storylines about determination, perseverance, and how to live a life filled with purpose and intention. The first traces Ady’s battle with ALS: how he turned the initial shock and panic from his diagnosis into a renewed commitment to social justice - not despite his disability but because of it. The second, told in flashbacks, illustrates Ady’s journey from a goofy political nerd to a prominent figure in the enduring fight for equity and justice who is "willing to give [his] last breath to save our democracy" (CNN).

I found this book moving and memorable.

A docoumentary on Barkan;s life, Not Going Quietly, was released in the summer of 2021.
Trailer.

What Doesn't Kill You

This is an extraordinary book about Inflammatory Bowel diseas and IBS. 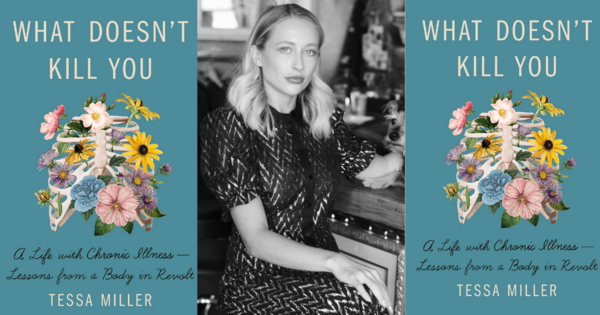 Turning to Books to Grasp the Most Ungraspable Disease 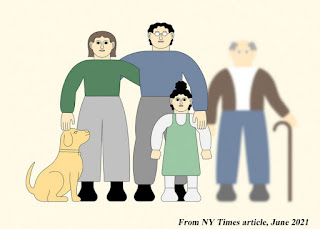 Dr. Jauhar wites: "For a condition that is so ubiquitous and so feared, good books on dementia are surprisingly hard to find. Some of the best, I’ve come to learn, deal with particular symptoms, like memory loss, rather than the disease itself." See: Rx Jauhar.

This is a good article, but I disagree.  There are lots of good books about dementia.  See sections on this blog under the categories of dementia and Alzheimers and also the same sections on MedFlix.

A Memoir of Interrupted Life
by Suleika Jaouad

In the summer after graduating from college, Suleika Jaouad was preparing to enter "the real world". She had fallen in love and moved to Paris to pursue her dream of becoming a war correspondent. The real world she found, however, would take her into a very different kind of conflict zone.

It started with an itch - first on her feet, then up her legs, like 1,000 invisible mosquito bites. Next came the exhaustion, and the six-hour naps that only deepened her fatigue. Then a trip to the doctor and, a few weeks shy of her 23rd birthday, a diagnosis: acute myelogenous leukemia, with a 35 percent chance of survival. Just like that, the life she had imagined for herself had gone up in flames. By the time Jaouad flew home to New York, she had lost her job, her apartment, and her independence. She would spend much of the next three years in a hospital bed, fighting for her life and chronicling the saga in a column for The New York Times.

This is an extraordinary book.  You should need no more inducements to read it. (I listened to the book on Audible.com.  It is read by the author who does an amazing job!). 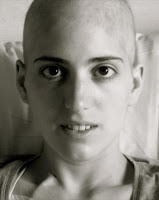 The memoir deals with her gang rape as a preteen, overeating, and the author's struggles with her public and private identities.

Gay's work has been greatly influenced by a sexual assault she experienced at the age of 12 at the hands of her boyfriend and his friends.  This led to obsessive overeating which served as a way to keep men at a distance.

See: Roxanne Gay.  Since the publication of Hunger, Gay has become an important public intellectual who publishes regularly in the NY Times. 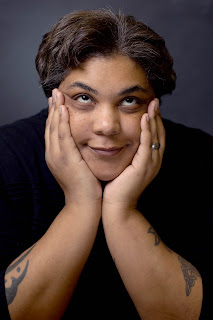 Posted by Humane Medicine Hui at 10:30 AM

There are three main types of pathography (and they may overlap):  Quest, Chaos and Restitution stories.  Pathographies are an essential adjunct to learning about the illness experience.

·      Quest: a person journeys through and faces suffering head on in the belief that something is to be gained from the illness experience.


·      Chaos: The rarest type and often the most important.  When people are overwhelmed by the intensity of their illness, to speak coherently becomes impossible. The underlying message is that life does not get better. All this provokes anxiety as the mask slips off to reveal human frailty and vulnerability. No Hollywood endings here.


·      Restitution: In the West, we are mainly preoccupied with the restitution narrative, which goes: "Yesterday I was healthy, today I am sick but tomorrow I will be healthy again." There is a belief in restorable health.  Planet Hollywood rules.

Arthur Frank wrote a book about pathographies called "The Wounded Storyteller" (1995).  Notes on this can be found at Google-Docs. It's more than most people will want to read, but if you do, contact me if you need an invitation.